PM Power Products In The News

Instant communication is becoming more important in business, schools, municipalities and the federal government. After 9/11 this became more apparent than ever and school shootings and other emergencies have only reinforced the need. Yet most schools and cities haven’t solved the problem. Why? Perhaps because they don’t know what company to turn to. To bring our readers up to date on the latest in the space, we recently had an exclusive interview with Bob Rankin of Presence Management to learn about how the StaffAlerter system we reported on some time back, has improved. StaffAlerter is designed to leverage communications and mass notifications for security and routine communications. It provides situational awareness, command-and-control and group notification services tied into sensors and other IoT devices if needed. It communicates via SMS, email, phone, desktop, audio and visual alerts among others. 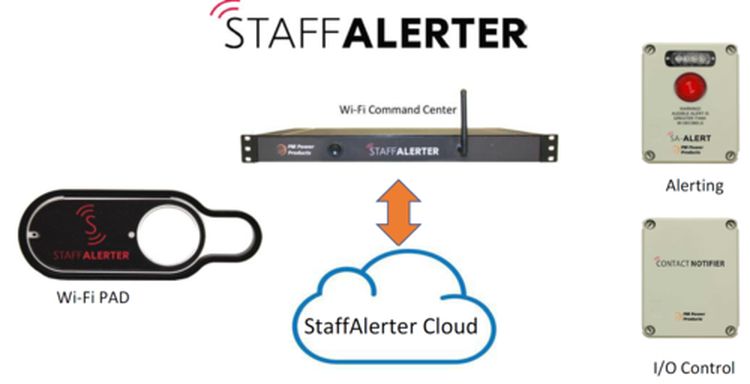 The solution comprises: SA-EOC which stands for StaffAlerter Emergency Operations Center brings key personnel and first-responders together from different locations during an emergency via real-time, secure HD-video and audio conferencing over mobile and computer devices. The system is portable and can can be battery powered, consuming less than 5W and work staffalerter first-responder.PNGwirelessly.
The solution allows first-responders to communicate with others to get access to the exact layout of the building – annotating and sharing in real-time to help save lives. They can also see video feeds throughout the premises. In addition, when emergency alert messages are sent out, an SA-EOC session URL can be sent in the alert, meaning key constituents can join a meeting in a single-click – from a PC, Mac, Chromebook or various mobile device types.

Perhaps the most impressive improvement is the addition of personal alerting devices or PADs which are basically the equivalent of an Amazon Dash button that people wear as a pendant and can transmit over WiFi. Each device can transmit three different events: short-press, double-press or long-press. Each event can tie into rules which allow different actions to take place based on rules. For a teacher in a school, a double-press could lock the door to the classroom. The same action for a principle or other higher-up in an educational institution could sound an alarm and lock all the doors. At the moment, the buttons do not have the ability to determine their own location so a user is able to e-mail the system, letting them know when they have moved. If they send “I’m now in room 222,” in the subject, the system will update accordingly. There is also an app which can run on phones which ties into the system and new additions such as gunshot sensors can be tied in. StaffAlerter fills an important need in organizations who need to respond immediately for business reasons or because of an emergency situation. 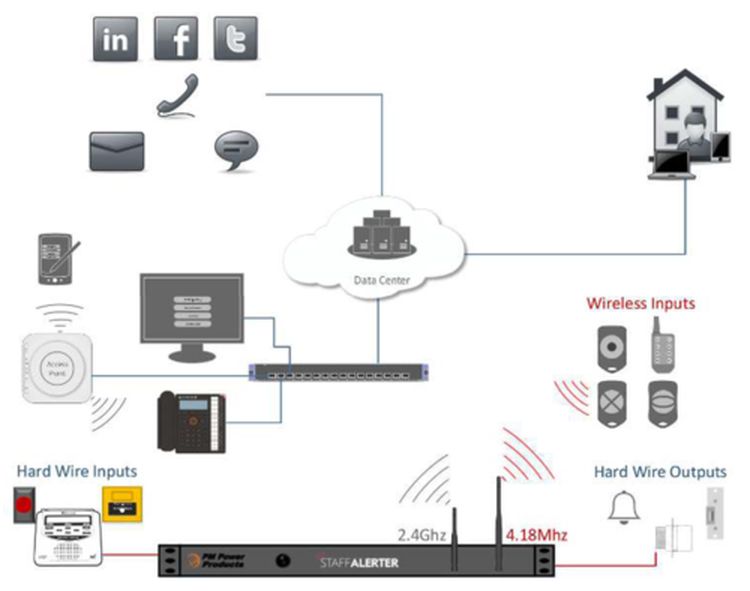